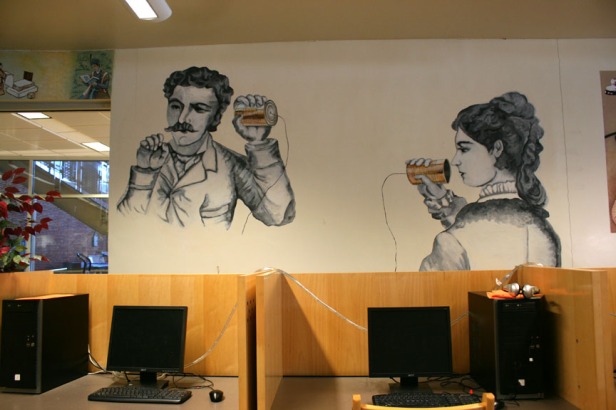 This week Alexander Graham Bell was added to the wall above the computer stations, but instead of his early telephone invention in hand, he is attempting to communicate with a tin can and string. It amazes me how far the telephone has advanced since its origin. It baffles me that we can even achieve long distance conversation. The string between the tin cans is severed and dangling to suggest how often our communications are dropped or mis-communicated.

More details that have been added around the library are, a simplified version of a communication satellite,

a scary little fellow in a corner where you would expect one,

and a visual sound wave. 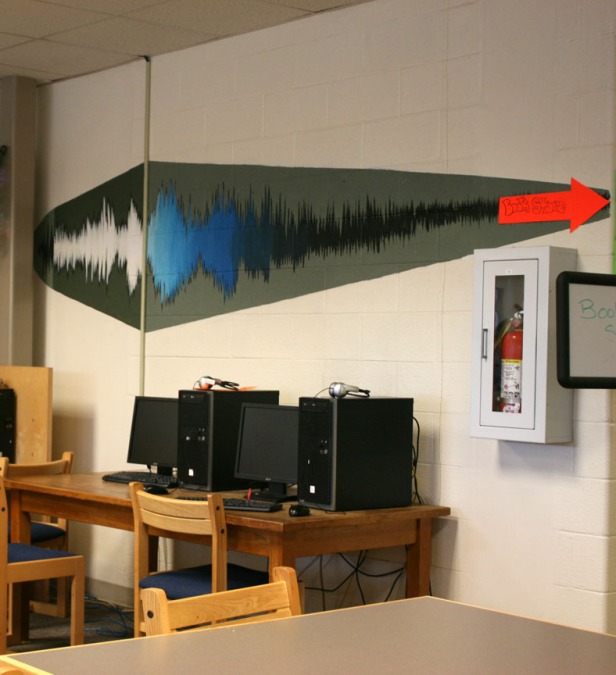 I am fascinated by the cave hand-prints left by our ancient ancestors around 9,000 years ago. What were they communicating with these stenciled hands? I added a hand making the sign for “I love you” as another method of using hands to communicate. 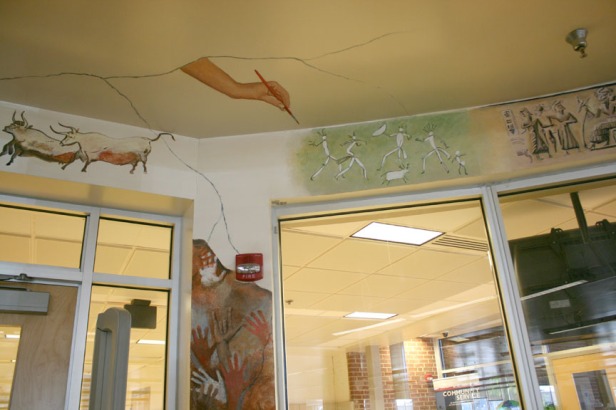 Along the historical frieze, the Egyptians were added for their contribution of papyrus, used as a portable writing material. 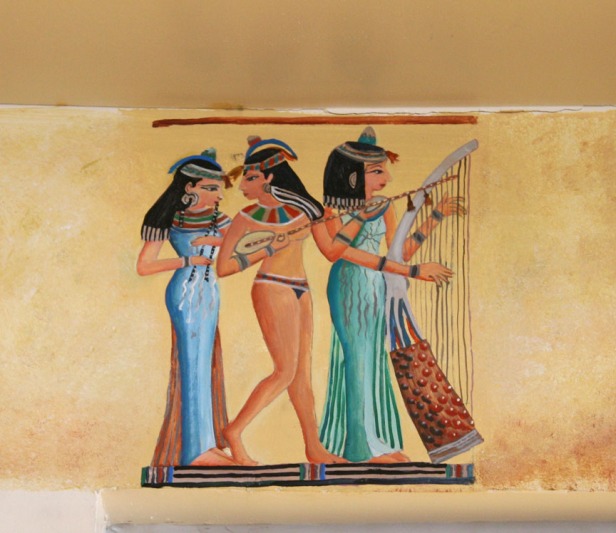 An ancient European wall carving and an ancient Indian illustration of a man reading a manuscript, were added to represent the centuries of story and myth telling passed on to us, both pictorially and verbally.

Lastly, images that were added to the large montage, are a child’s head by Diego Rivera playing a musical instrument, social networking symbols for Facebook, u-tube and Skype, 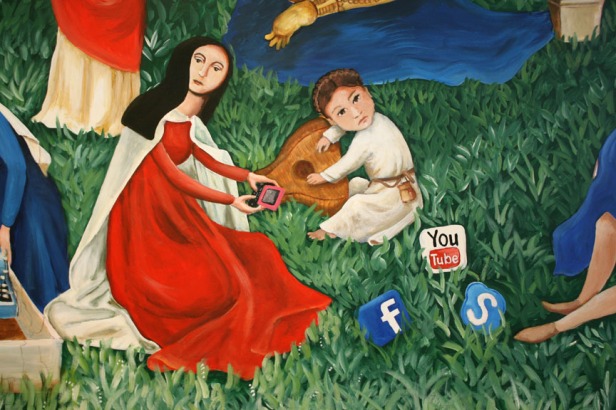 Mario to represent the world of gaming, and a mime, of course. 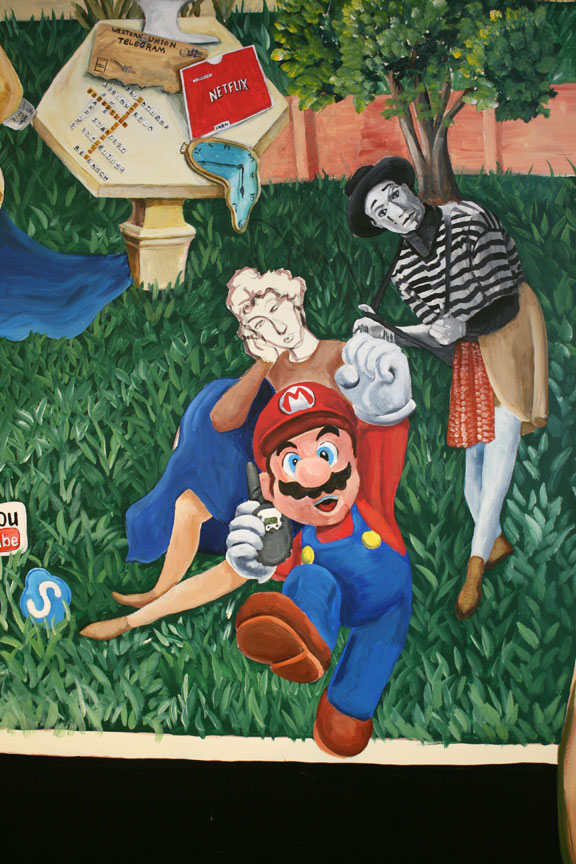 With about 20 hours of detail work left to finish, I reflect on my experience. My life has been enriched by the contacts I have had with the students, faculty and community, and their enthusiasm for the arts. I am  grateful to those individuals, such as Faith Olen, who had a vision and the gumption to make it happen, but I am fulfilled by the students who were able to participate and, for a few moments, were absorbed in the fascination of painting. In challenging times, art is given less importance to a student’s education, yet most of us know how important it is to feed our creativity. My hope and belief in doing this mural project is that the people who participated had a rare experience and opportunity to understand art, and those who will view the images over the years will be provoked to examine the meaning of our world of communication. The subject of communication on its many levels is appropriate since libraries are now becoming multi-media centers and it is appropriate that many styles of art were suggested, since art  has been used extensively to communicate history.

I have heard statistics that only 10% of the population will ever set foot in a museum. One of the driving forces of public art is to bring art to the people. On that note, I want this mural to be my contribution to the rural community of Orange, Virginia. Most sincerely, Susan Krieg